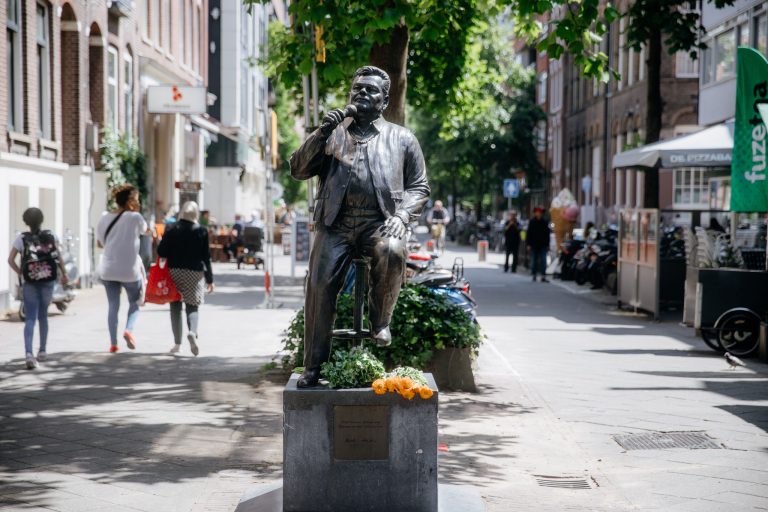 Dutch musical icon André Hazes was born in De Pijp when it was still a poor, working class neighborhood. To earn some money, Hazes started singing at the Albert Cuyp market. He was only eight years old. He was discovered and grew out to be one of the countries most popular singers. This statue was unveiled a year after his death in 2004, right where it all started for him: the Albert Cuyp.